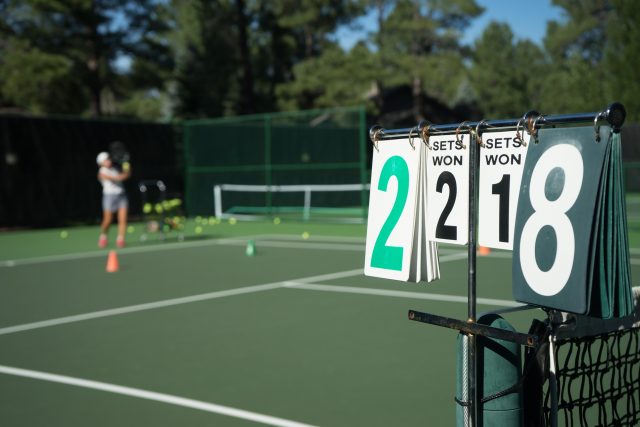 Think you’re ready for Spring ALTA? Racquet restrung? Check. Team practices underway and first lineup settled? Double check. But are you ready for the competition, for some adversity, perhaps even confrontation? You know that the score in match number one could get tight, and at some point as the first set nears its end or a tiebreaker looms, you know there could be a line call issue, score dispute, or worse yet — a rules disagreement.

So let’s try again: Are you ready for Spring ALTA? Once you enter the ALTA house, you better be on your toes and rules-ready. Having confidence in your knowledge of the rules that guide play and rein in your court, make you a more self-assured player. Just like marching through a breaker knowing exactly whose turn it is to serve, when to switch ends, and who starts serving the next set, when you are well versed in the rules of the court, you are just a more complete and competent player.

Of course, you do want to compete in the spirit of fair play, maintaining a code of etiquette at all times. But there is no substitution for knowing this game’s rules and The Code that guides them. Unlike most other sports, tennis played recreationally has no set of officials on court making calls or awarding points. ALTA is DIY officiating! You monitor yourself and your own matches using the same set of regulations adhered to by ATP and WTA playing professionals and umpires, as well as using The Code. The Code is the section of tennis rules that guides how the game should be played, ensuring fair-mindedness and consideration of opponents, other players, and the courts themselves.

The Rules of Tennis delineates the set-up and playing of the game. It describes proper court dimensions, ball pressure, how to keep score, when players should change ends, et cetera. The Code, however, digs a little deeper into the what-if’s of things such as lets, double bounces, and delays-of-game — the things which when handled improperly can amount to poor sportsmanship or actual cheating.

Familiarize yourself with The Code and all rules of the court. Print out a copy; keep it in your tennis bag. As matches move along, take the time to learn a few new rules and add to your arsenal each week of the ALTA season. By playoffs, you will be umpire material! Just keep in mind that you’re not actually an umpire and don’t have the right to become one during a match. On court, think like an ump, but try not to act like one. Know your ALTA House rules!

Here’s a Top Ten list of commonly misunderstood rules and etiquette and where to find the actual ruling in the Friend at Court tennis booklet.

Continuous play — as a principle, play should be continuous from the time the match starts until it is finished

Download from USTA.com a full copy of Friend at Court, the USTA handbook of rules and regulations and The Code that guides ALTA play.