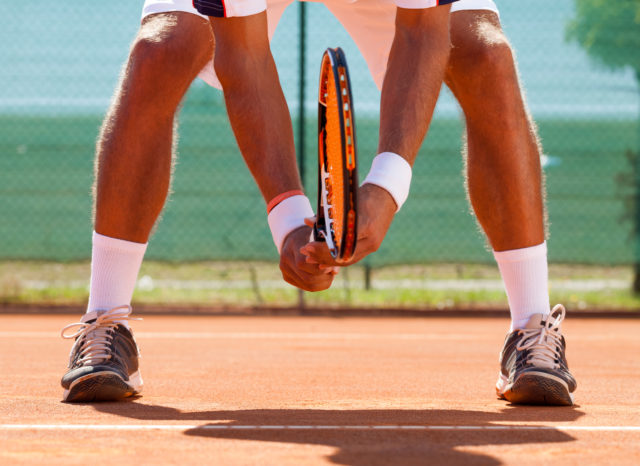 Most players at any level have come across a team that has been taught to be aggressive and come in whenever the opportunity is present. These teams can be frustrating to compete against if you do not understand what to do in these situations. There are many ways to combat this game, but here are three options to give you something to think about the next time you face this challenge: the lob, passing shot, and beating the opposing team to the net.

The Lob
Where you lob will make a difference. The best place to lob is down the line over the net player’s head and aiming for the singles sideline because you will usually pull the ball more to one side or the other, and this aim point will give you the most consistent option. It also will make the team have to exert themselves more to get back to a neutral position. When a team is attacking by coming in, usually they are hitting the ball deep and this is the best ball with which to hit a lob. You can just fall back slightly to hit the lob, or you can hold your ground and even lean in to the hit the lob, as well. Most aggressive players will struggle with a transition volley behind the service line, so if you make them think of the lob, they will put the brakes on their charge, even if it is just a minor pause.

The Passing Shot
The key to passing is taking all the guesswork out of the pass. There are enough things to concern yourself with besides trying to find the best place to hit the shot. The way to keep from guessing is to decide before the shot comes where the pass is going to go. This decision should not be any different between a forehand and a backhand. Your options include cross court, down the line, through the middle, and right at the player. Taking away the guesswork allows the shot to be more relaxed, and this usually entails a stronger pass.

Beat Them To The Net
Finally, if you are not confident with the lob and the passing shot, you need to beat the other team to the net. Hit a slice return and come in, keep the ball deeper in the court so the opposition cannot come forward. You may need to cover the lob if you are hitting too many deep returns, but most of the time you should be in a better position to win the point when you are coming in. The short angle return is a great choice to avoid lobs because it is tough to control running forward and trying to lob. Sometimes, you do not have an aggressive partner and you need to take the opportunity to drop shot if your opponents are not looking to poach. Remember, you want to change what you are doing for a chance to make a difference.

Net rushers are playing a game style designed to upset you during the match. When they can get you to watch them coming in and not watch the ball, there is a problem. The biggest key is having a plan that you can execute which forces them to think about how you are playing the game. Remember—all these weapons need constant practice.

Diversify Your Play For Better Performance