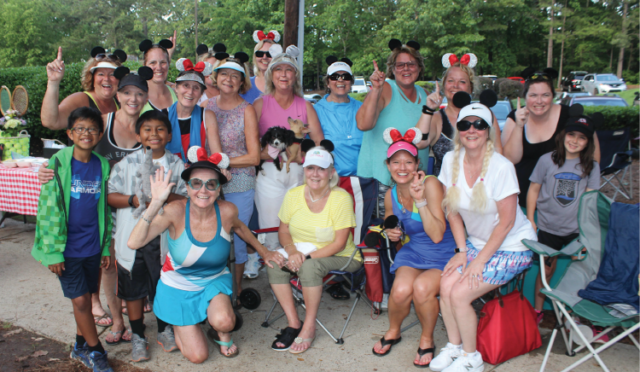 Diane Barker, 2018 president of The ALTA Foundation, died Jan. 19. She was considered by many to be one of ALTA’s most enthusiastic volunteers.

“Diane’s devotion to our organization was widely known, and she exhibited that commitment through her efforts over many years and more recently as president and board chairman,” said Larry Waters, 2018 chairman of the board. “I was looking forward to working with her as The ALTA Foundation president this year, one of her passions. She will definitely be missed by our organization and her entire ALTA family.”

Barker’s “official” volunteer history to ALTA began in 2003 when she served as a scorekeeper for the Mixed Doubles League. Like many diehard ALTA fans, she loved it enough to become a Thursday Women’s coordinator in 2004 and overall coordinator in 2007. She followed that with election to the Executive Committee as Thursday Women’s League vice president in 2009 and 2010.

The nominating committee at the time recognized her devotion and asked her to run as first vice president of the EC. Barker knew that would mean a good number of years spent in service to ALTA. The organization’s bylaws stipulate that the first vice president rises to the role of president the next year, followed by two years as a past president on the EC. Although not automatic, that person traditionally serves as chairman of ALTA’s Board of Directors. 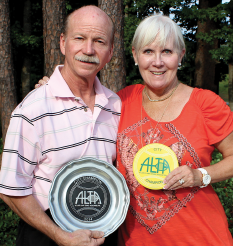 Barker agreed wholeheartedly to the assignment and performed her duties with passion. It was no secret that she loved the role, touting it publicly via her vanity license plate. She also brought husband Jim into the fold and saw to it that he had an official ALTA nametag that he wore when at her side at every tennis event.

At the end of her term as chairman of the board, Barker was still eager to serve and accepted a position on The ALTA Foundation, which oversees ALTA’s charitable giving. She spent last year attending events such as the Dunwoody Country Club Special Olympics and the presentation of the inaugural L. Keith Wood Scholarships. This year, she was to oversee the foundation as president.

Barker played on Sunday Women and Mixed Doubles teams out of Gran River and on Thursday Women, Senior Women and Senior Day Women teams out of Berkeley Hills Country Club. She proudly announced once, “I never miss a match, even when I’m not in the lineup.” She also enjoyed playing in the Run ‘n Roll League during summer and supporting the Wheelchair League in spring and fall.

Her Mixed Doubles team was scheduled for a match the day of her memorial. During the service, friend and teammate Susan Slack recounted for those gathered that her captain had called the opponents and asked if the team would agree to play the matches early, as allowed by ALTA rules. “The other captain agreed to call the match a rainout so we could play the matches later in the week.” The crowd broke out in laughter at the well-intentioned offer, knowing that it violated ALTA’s rules and would have appalled Barker, who was a strict defender of ALTA’s policies.

In the end, the match was played earlier that day, allowing Barker’s teammates to attend the memorial, some still in tennis attire.

She would have loved it.