Madelyn “Madie” Homan is a freshman illustration and graphic design student at Savannah College of Art and Design Atlanta whose passion for tennis has spilled over into her passion for art.

Homan is a former ALTA junior player and a freshman on SCAD’s tennis team, The Bees, whose history in the Appalachian Athletic Conference dates back to just 2012, but already includes AAC championships, and coaches and player of the year honors. 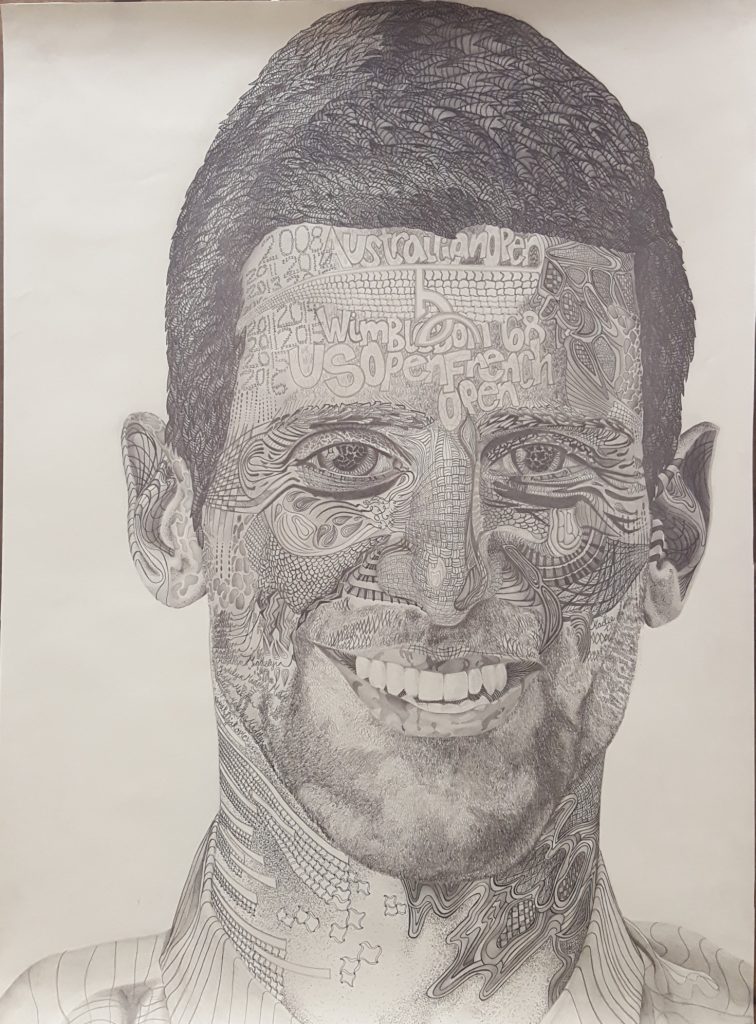 In the January/February issue of Net News, we teased you with an illustration she completed recently of her favorite player, 12-time Grand Slam champion Novak Djokovic. “I chose Novak Djokovic because he has been my favorite tennis player and athlete since I began playing this sport,” Homan said. “I learn so much from watching him compete and wanted to draw an amazing drawing of him in hope that he could see it some day.” 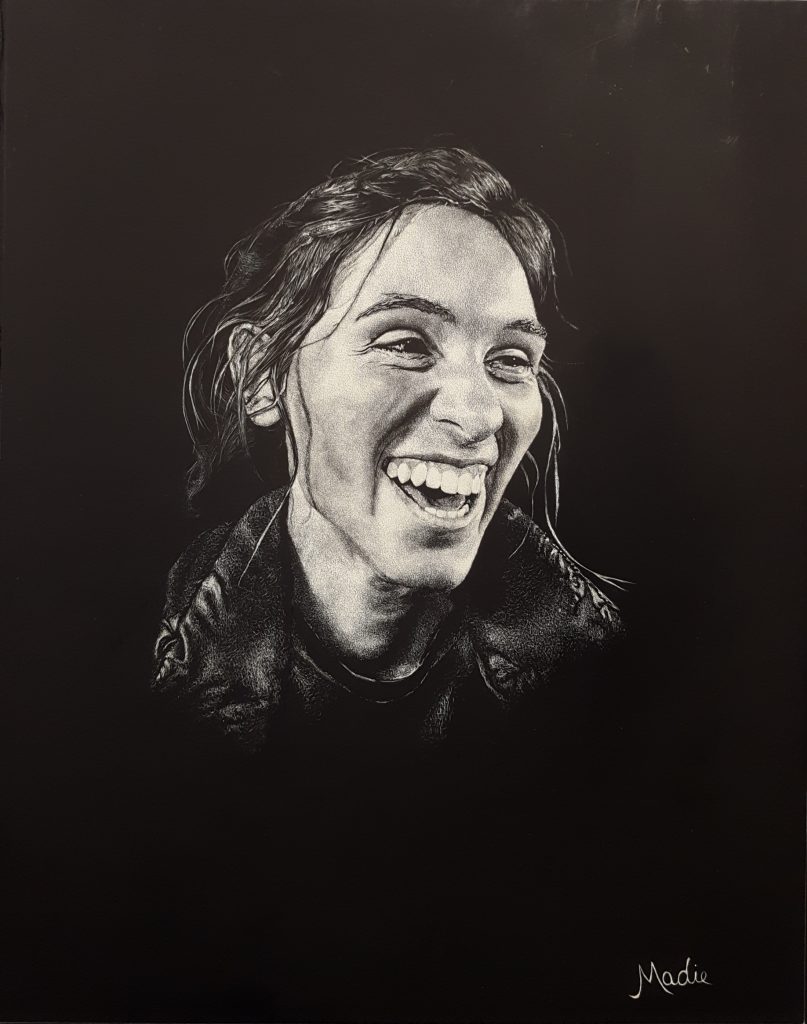 “I knew that I could draw pretty well when I was a freshman in high school … but I didn’t think that was what I wanted to do for a living at the time,” she said. But by her senior year, she learned that SCAD has a tennis team and that she could pursue both passions at the same time. “I thought it was the coolest thing ever,” she said about the school, where her professors allow her to incorporate tennis into her classwork. One professor even suggested combining the two into a career, telling her that she could possibly design the graphics on tennis racquets.

Madie has shared some of her recent illustrations with us, which you can see here, including a still life with one object that kind of stands out. “I always try to incorporate tennis into my drawings,” she said. “When I put [tennis themes] into my drawings, it always make me want to make that drawing even better.” 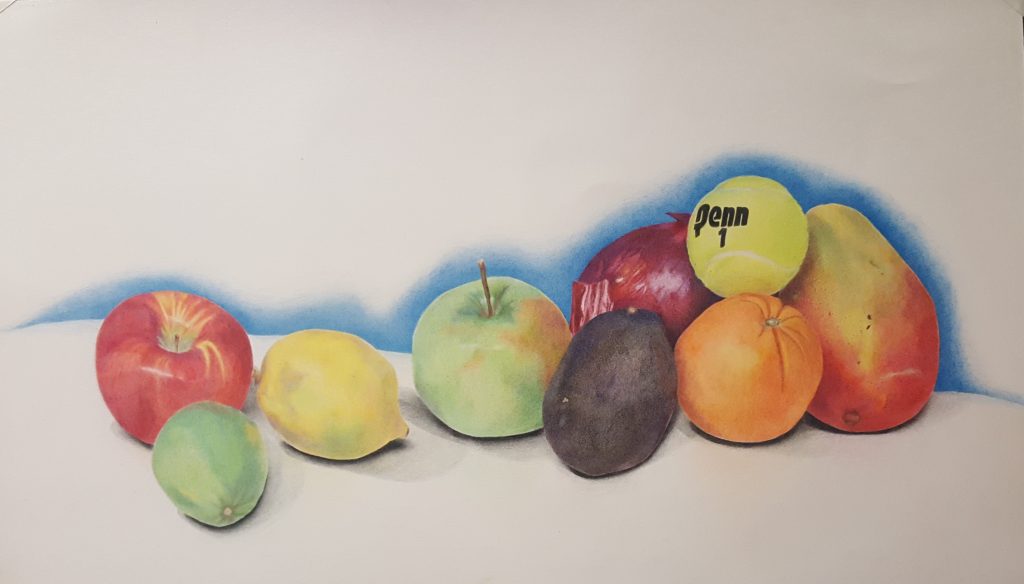 If you would like to follow The Bees as they compete in the AAC this year, their schedule is available online at atlanta.scadathletics.com.